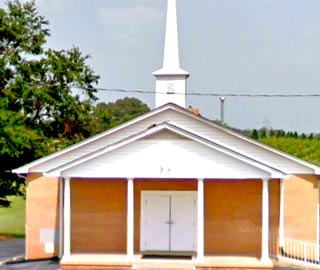 New Hope Baptist Church and its location have undergone many changes throughout the years, but the church still stands today as a testimonial of God's unchanging goodness and mercy. The present area in which the church is located was called Greer in the 1880's. The church and a school, which was also located on the land, were named after the area. The area was later renamed Vernonville in honor of one of its residents, Dr. Vernon. Still later the area was renamed Duncan after a resident with that last name.

New Hope Baptist Church is located on Gilliam Road, which was named in honor of two former members of the church, the late Deacon Essic Gilliam, Sr. and the late Brother Elbert Gilliam.

The present structure has evolved from three other structures, the first which was organized on July 17, 1909; the second one in 1915; and the third one in 1939. Contractor Ken Garlon, the late Deacon James Robinson and other deacons were instrumental in the building and completion of the present church on August 15, 1975. Dedication services were conducted on September 21, 1975, with Rev. N.P. Pearson, moderator of the North Enoree Baptist Association, as the guest preacher. Laying of the cornerstone services were conducted on October 17, 1976.

Throughout the years, God has blessed New Hope Baptist Church with God-fearing pastors with a vision. The first pastor was the Rev. Thomas Broadus. Others, in order, have been Rev. R.B. Sullivan, Rev. Calvin Peake, Rev. A.L. Shell, Rev. Sarratt, Rev. A.T. Gaston, Rev. W.A. Butler, and Rev. J.H. Williams. Rev. C.N. Sullivan became the ninth pastor of the church on March 21, 1964, and continued pastoring the church for thirty-six years until his retirement in August of 2000. Rev. Sullivan presently holds the title as Pastor Emeritus of New Hope Baptist Church. 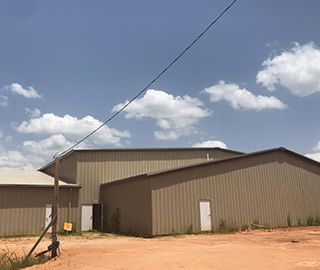 Bruton served as youth and associate pastor of New Hope Baptist Church under the leadership of Pastor Sullivan for thirteen years. Because Bishop Bruton had already been an integral part of the church's ministries, a part of the church family, and most importantly, a member of the body of Christ, he made a smooth transition in leadership. A pastor with a heart for the people of New Hope Baptist Church and the surrounding community, Pastor Bruton has established many new ministries committed to edifying, evangelizing, and empowering the people for the glory of God and the advancing of His kingdom.

Recently, under Bishop Bruton's leadership, the church is purchasing additional land on which he and the church family share a vision to build another structure. Regardless of the location of the building, the pastor and the congregation are committed to being the place where a dedicated, God fearing pastor and God fearing ministers, deacons, choirs, trustees, officers, ushers, ministry heads, and members are beacons of light in the community and in the world. This body of believers will strive to continue to be known as the place where others will find "New Love, New Faith, New Trust, and a New Hope.